Frequently, clients come to us after being injured at or near a construction site. They may have been on the job at the site and were hurt or they may have simply been walking by a construction area and suffered a fall-down injury on a public sidewalk or walkway. The laws in New Jersey about workers compensation and suing landowners/contractors/etc. are complicated, and without skilled representation, an injured person may be completely misinformed about their rights. Below, we discuss some of the more common issues.

Related: Personal Injury, Premises liability and fall-down accidents, Work-related injuries, Can I sue if I am partially at fault?, Hurt by a business that is now out of business

There are times, however, when someone is working on the property and they are injured due to the negligence of some third-party who is not their employer. For example, they may have been injured due to a faulty machine or because workers from a different company created a hazard and caused the accident. In such a case, that third party would be responsible for their own negligence. The landowner and the employer may also be liable, but only if they had some control over the creation of that hazard (or a contractual duty to supervise that kind of hazard). 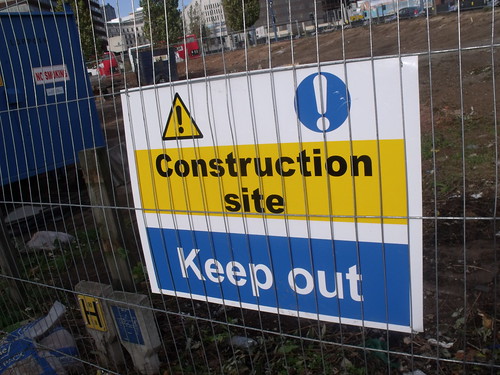 As discussed above, a worker on a construction site who is injured may not be able to make a claim against the landowner. They may be limited to a claim against the employer, who was the company doing the work on the site. However, in New Jersey the workers compensation laws almost always prohibit filing suit against your employer. Essentially, if a worker hurt is on the job, their employer’s workers compensation carrier will pay for medical treatment, lost wages, and partial or total temporary/permanent disability payments. The worker does not have to prove that the employer was liable. The trade-off is that the employee can not sue the employer, and their recovery for pain and suffering will usually be much lower than if they were able to sue.

Having said that, if a worker is hurt at a construction site, it is important for their lawyer to find ALL of the potentially liable parties. The law only bars a lawsuit against the employer – but anyone else responsible may be sued. For example, the manufacturer/distributor of a defective product; a worker from a different company who is on the site; a different contractor who negligently created a hazard; etc. Sometimes, the people who are hurt at or near construction sites are not workers or contractors at all – they are just innocent pedestrians who are walking in the area and are hurt through no fault of their own. In those cases, the legal analysis is very different. Here, there is obviously no issue with workers compensation. In most cases, the pedestrian will have a valid claim against the landowner, and all other companies who may have caused the injury. Commercial landowners in New Jersey have a non-delegable duty to make sure that public sidewalks are maintained in a safe manner. If they fail to do that, they will be liable to anyone who trips and falls. In addition, if one of the contractors working in the area actually created the hazard, then the contractor will also be liable for the injury.

These types of cases are usually simpler than the case of a worker injured at the work site. However, they could become complicated when there is no clear indication who is at fault. For example, there may be a case where each defendant has evidence showing that they did nothing wrong. In such a case, a skilled attorney will be able to wade through the conflicting evidence and correctly argue to the court who should be held responsible.