A lot of our clients are bicyclists. While some are aspiring to ride in the Tour de France, most of them ride for the pleasure, the exercise, the transportation, and freedom it provides. 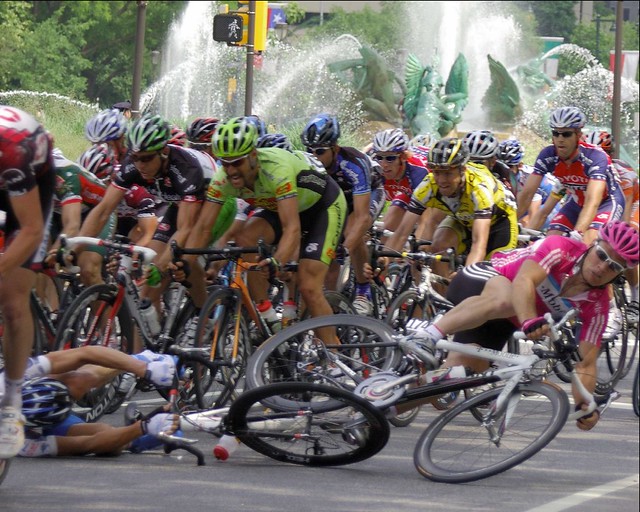 We’ve handled cases involving some pretty horrific bicycle / motor vehicle collisions in which helmets were truly life-savers. Many folks, especially those who don’t use helmets, would be surprised to learn that bike accidents contribute to more sports-related head injuries than any other activity.

Yes parents – there is a law in New Jersey governing the use of helmets for your school-aged children. “[A]nyone under 17 years of age that rides a bicycle or is a passenger on a bicycle, or is towed as a passenger by a bicycle must wear a safety helmet.” N.J.S.A. 39:4-10.1. If your child doesn’t have one, by all means, get one and one that he/she likes. There are so many helmet options out there.

According to the National Highway Traffic Safety Administration, 726 bicyclists were killed and an additional 49,000 were injured in motor vehicle traffic crashes in 2012. While this was an increase of 6 percent from 2011 (682), the rates have been somewhat steady for the last decade.

The geographical setting seems to play a part. The large majority of these deaths occurred in urban areas (69 percent) and at non-intersections (60 percent) and involved mostly male riders (88 percent). Another factor in these fatalities is the time of day. 48 percent occurred between 4:00 p.m. to 11:59 p.m.

According a New York Times article, “Cycling was also the leading cause of sports-related head injuries in children under 14, causing 40,272 injuries, roughly double the number related to football (21,878).” http://well.blogs.nytimes.com/2013/06/03/really-the-claim-cycling-is-the-top-sport-for-head-injuries/?_php=true&_type=blogs&_r=1

Posted by admin  Posted on 18 Jul